On the Wings of My Love • Dementia Map

5 Examples of Neglect in Nursing Homes –… 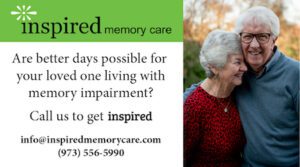 In college, I read a poem by John Donne called “A Valediction: Forbidding Mourning.” John wrote it to his wife, Anne, just prior to a journey across the continent – at a time when no cell phones or FaceTime sessions existed to keep them connected.

In the sonnet, he assures Anne that their love is like melting gold – spreading out over a larger surface of the planet, but never losing its purity or its value. Pretty romantic if you ask me (Anne agreed – they had twelve children and remained faithful until the end of their lives.)

But when a marriage is affected by memory impairment, physical distance is just one obstacle spouses may have to endure. In fact, at times –they can feel miles apart while sitting across from one another at the dinner table.

My partner, Nettie, and I worked recently with a woman (we’ll call her Mary) whose husband (we’ll call him Jim) was a dynamic CEO with a high-powered job that took him around the world. The couple traveled together for years, exploring their shared passions for culture and lifelong learning – until Jim’s struggle with Alzheimer’s disease.

Jim slowly lost momentum until he had become steadily inertial on the living room couch. Mary confided in us, “I just don’t know how to be with him anymore. He watches television in there all day, and by the time I’m done taking care of everything and everyone that needs taking care of, I sit down with him. He’s halfway through a movie he’s found on TV and I have no idea what the plot is. So we can’t even enjoy it together.”

“I just don’t know how to be with him anymore. ”

Her loneliness was profound; it came across in every word she spoke and even in her posture. Bogged down with the tasks of running the household and caring for the spouse who had once been her partner in these endeavors, she felt disheartened and disconnected. What she needed was a night out.

Getting to Know Jim

So Nettie and I set out to work with Jim. We began by exploring his strengths and interests. He had many. Jim read adapted font beautifully, and had insight into what he read, despite being unable to remember it for long periods afterward.

He loved movies – particularly musicals (the moment he broke into “Supercalifragilistic” in the kitchen and confessed he had always wanted to see Mary Poppins, was a personal favorite.)

While advising Nettie and I about travel, he evoked the most beautiful image of a pebble bouncing down a riverbed behind a teahouse in Japan, and how he had savored the gentle clinks it made as it dropped each time.

Mary looked on, astonished. Nettie and I had used visual cues and asked for wisdom, advice, opinions – anything other than the usual “how was your day?” and “do you remember?” And when we were done visiting with Jim she exclaimed, “These are the questions! These are the questions I’ve been needing to ask; but I haven’t had the time to put them together.”

And then she immediately began scolding herself bitterly for not thinking of them.

Do Not Blame Yourself!

At this point, I must ask: if you awoke one morning, and your husband or wife was suddenly speaking Greek, would you fault yourself for not immediately knowing how to converse with him or her?

If you had the time and money, you might get some textbooks, take a class, and if possible – even hire a tutor.

To all you caregivers out there who are working with a loved one living with a memory impairment, understand that professionals practice becoming fluent in their approach for at least eight hours a day for many years. And even then – they make mistakes. So please give yourselves a break!

Once she was done beating herself up, she was able to refocus with remarkable determination. She straightened up, walked right over to a bin of CDs on her kitchen counter, and opened a country music anthology Jim had purchased years prior for the two of them to enjoy.

It had never been played.

Mary began dancing around us to it – as if suddenly free of the weight that had pinned her down!

Before we left, we equipped her with a series of short articles to bring along for conversation starters on a dinner date with Jim the following evening; she also had a list of the films he had found interesting for their movie night, so that she could find one she liked too.

Mary emailed us afterward, ecstatic. Not only had they read the articles; she had been able to prompt further conversation about lions they had viewed during an African Safari – a memory they had not visited together for some time. Mary was improvising because she finally had the tools.

Dinner and a movie was a success!

Nettie and I have seen many great romances throughout our careers:

Through their creativity, through their efforts, and through their dedication – couples can reach, empower and connect time and time again. Their love is like melting gold – changing shape but never losing its purity.

So this week’s challenge to you, whether your significant other has a memory impairment or not, is to try conversing in a new way.

Discuss what each of you sees in a piece of art (hint: there’s no wrong answer).

Let the wings of your love carry you away together for a moment before you head back to the tasks of the day.

Visit Inspired Memory Care on Dementia Map or on their website.

Read more great articles like this one on the Dementia Map Blog!